It is only natural to try and protect someone who is claiming to have been abused it is a just cause if true. Jennifer may claim and it may be true that, 2  Court-Appointed Guardians, 3 Therapist, 1 Psychologist and several judges have all either been hoodwinked by me or are conspiring for some reason to remove McKenna from a “devoted” Mother and place her in the hands of a dangerous and complete stranger. But is that likely ?

Over the years of this court action I have encountered a lot of people that tried to warn me with a similar story: “You maybe right but courts always side with the mother and unless the Mother is drug abuser or pimp. You have little  chance of winning.”

Well they all looked at the evidence – they came up with various ways to ease McKenna’s transition to getting to know me and all efforts were frustrated by her Mother who was determined to keep sole possession and absolute control of McKenna irrespective of whether this was in McKenna’s best interests. The court finally saw what was happening and ordered the removal of McKenna from her Mother and gave me sole physical and legal custody. What her mother has been engaged in is that serious!

So – going back to anyone who thinks they are supporting a just cause; don’t you think it is bizarre that the courts and professionals involved who got to know me and Jennifer finally decided that McKenna’s best interests would be served by removing McKenna from the only person that she has known ( been allowed to know) all her life ?

Everyone who has looked at the evidence from BOTH SIDES have come to the very opposite conclusion. This is not Just. McKenna has been and continues to be the victim of Psychological child abuse. She has learned to hate me her father for no cause – alienating parents cause long term damage to their children which lasts long into adulthood – google the symptoms – its not something you’d wish on anyone.

There has certainly been some hoodwinking involved and continues to be.

Proverbs 18 v17 The first to state his case seems right until another comes and cross examines him.

If you know where they are or may have any information of where they are then ask yourself if this good for McKenna ? She has been kidnapped by her own mother who is now on the FBI’s Most Wanted list and is being damaged by having the experience of a life on the run from duly ordained authorities.
If you think this is not so bad and could be worse then ask yourself – other than Jennifer’s claims – is there anyone else who knows me who believes that what she says is true – have you bothered to find out from me if her claims are  true – If you have any questions then there is a comments section and I would be happy to reply?

If you would rather not know the truth but prefer to hold on to what I claim are lies then I guess you will have to live with the thought that you were in a position to help McKenna and you didn’t. McKenna, does not know it but she needs you to do the right thing. She has a stable home to come to, a small private school prepared to help out in the adjustment period and a devoted Father that she has never been allowed to know.

Total attorneys she had is 3 , my total is one.

She has had 3 husbands including one common law husband, my total is one ( Wife – obviously – though not so obvious these days).
All therapists, and the psychologist and each judge that examined  the situation all concluded that McKenna’s mother was the sole source of the reason why McKenna had been deprived of having a relationship with her Father.
Her accusations against me I would obviously refute and no-one came forward to substantiate any of her claims. The professional counsellors who had contact with me expressed no reservations about my character or motives
I am supposed to have shown no interest in my daughter but was sending money for approximately 5 years (supposedly to cover debt payments that she either reneged on or used her parents money to pay off which left me only enough money to feed myself and to live in a single room accomodation and not enough to fight any kind of court battle).
Eventually she divorced me. I did then manage to get a better job. I don’t know how much this legal action has cost me but I’m guessing over 50K – which resulted in me still having no relationship with my daughter outside a therapeutic setting and me paying child support. ( No child support was sought prior to my action as this would have given me some kind of rights over my daughter.) Contrary to her claims no-one has given me any money in support of my action and none was sought.

The FBI’s publicity Department are constructing an appeal for information that will be distributed  to local radio stations across the US. It will contain an interview with the agent in charge of the case and an interview with McKenna’s Father .

At this point in time it is unclear when this will go out. This post will be updated as new information comes in.

The FBI is now very much involved in the search for McKenna’s Mother and/or anyone who is helping her to hide. Jennifer is now classified as “Most Wanted.”

The Greenville Sheriff’s Office received news that they may have crossed over the Mexican border – I’m trying to get confirmation of this but nothing so far – I’ll update this page when more information comes in.

The FBI could not find the source of this Mexican report and they have concluded that it was mistaken. They believe that she is being hidden  by friends in the US. I have received a report of a possible sighting but until the FBI have followed up on it I will not detail it 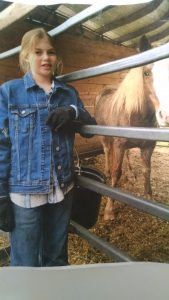 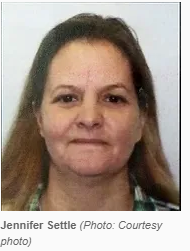 McKenna is my daughter and was effectively abducted by her mother ( Jennifer Settle)  when she was only 8 months old. She was brought up to believe her name was McKenna Settle and knew nothing of myself – her father Michael  Butcher.

I eventually was able to get the resources to locate them and fight for visitation through the courts in Greenville South Carolina but her Mother very effectively continued her alienating behaviour and, despite the best efforts of all the therapists that were tasked with reunification, all efforts failed. This court action and therapy lasted over 4 years until the Court ran out of patience with her Mother –  Jennifer Lea Settle and eventually awarded me full legal and physical custody for the good of Mckenna.