MISSING: Live PD Nation, help us bring McKenna Butcher home safely. If you have any information on on where authorities can find her or her mother, Jennifer Lea Settle, please call the FBI at 800-CALL-FBI.

Recent posts have distracted anyone concerned here with the real victim here: McKenna.

Some of you take Her Mother’s side, others my side – who is ultimately to blame can be left for later but right now – Mckenna is suffering real damage.

Ryan Thomas went through the experience – obviously there are differences – he had the benefit of a relationship with his father before he was isolated from him but anyone with any sense can see what is really going on here.

Hopefully you will go beyond his introduction and look at the many other material available that speaks to this abuse.

This is a brief response from Jennifer’s Brother to Mr D.B. Cooper:

Dear “Mr. Cooper”,  Please don’t bother to read the court documentation for yourself, don’t pay attention to the multiple experts who weighed in on this, don’t review the bank statements that show Jennifer was bleeding our parents dry for years (I have copies of many cancelled checks from my parents as Jennifer refused to find meaningful employment).  Don’t do your research to find out Jennifer alienated our parents after they had dementia and began transferring their property over to her name.  Such behavior is textbook financial abuse of the elderly, and sadly it happens all across the US every day.

As for me, since college graduation in 1988, I have never taken one dime from my parents.  I paid myself for another engineering degree and an MBA.  I have maintained a high-paying job for over 30 years, but Jennifer chose to take money from our parents rather than get a job.  I am highly respected by the US Department of the Treasury and Department of Justice as I have served them for years, and that should demonstrate my credibility.

But let’s not allow facts to interrupt your train of thought.  Drink that Kool-Aid you’ve been given.  You are gullible, you are ignorant of the circumstances, you are wrong, and rather than dig into the facts and inform yourself, it must be easier for you to remain misinformed.

I have received information that there will be an appeal for information going out using a well known TV program. I’ll send an update when I get confirmation and hopefully it will be sooner rather than later.

I am sorry I missed your attempt to contact me today whoever you are . Please try again – I only just missed you.

Link to the FBI Video appeal 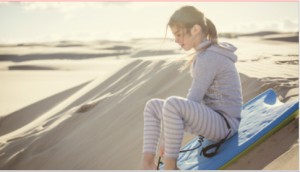